Located in the county of Somerset with part of it rolling into North Devon, Exmoor is the source of the River Exe rising at Exe Head near the village of Simonsbath just 5 miles from the Bristol channel coast but meanders it’s way to the South coast of Devon emerging into the English Channel at Exmouth. Along the route the Exe is joined by a number of tributaries, among these is the River Barl which joins at Exebridge. The River Barl is known for the land-mark crossing at Tarr Steps. 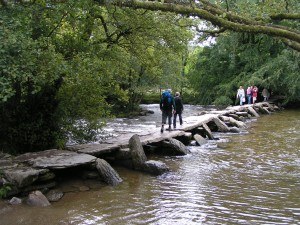 The Tarr Steps is an ancient clapper bridge made from locally sourced slabs of stone slabs supported by pillars. It is believed to be dated around 1000 BC. Local legend has it that it was built by the Devil to win a bet. It measures 180 feet long and has 17 spans. It is maintained by The English Heritage as a grade 1 listed building. 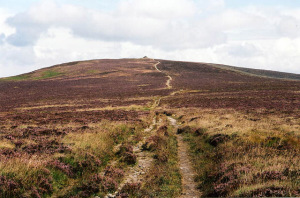